These Vegan Cinnamon Buns Are So Good, You'll Never Go Back To The Regular Ones


Everyone loves cinnamon buns, but what if you could have a vegan version? Well, thanks to this recipe, you can!

14 years ago I found out I had an Egg and Dairy Allergy. I very quickly learn that Vegan Desserts SUCKED. As a baker I NEEDED to recreate every dessert into Vegan so I could eat it. Imagine, 21 year old Stacie sitting at the kitchen table sobbing because the vegan dessert we finally found tasted like... how to say this.. AWFUL.

I come from a British family and we LOVE desserts, my gran is an incredible baker and I like to say I got her skills. So I trialed so many different ways to create the EXACT taste and flavour that I use to love. But totally VEGAN!

This Cinnamon bun recipe is my ultimate go to. They are super easy  to make, and you don't have to worry about any dairy or eggs.

These Vegan Cinnamon Buns are so good, you'll never go back to the regular ones! 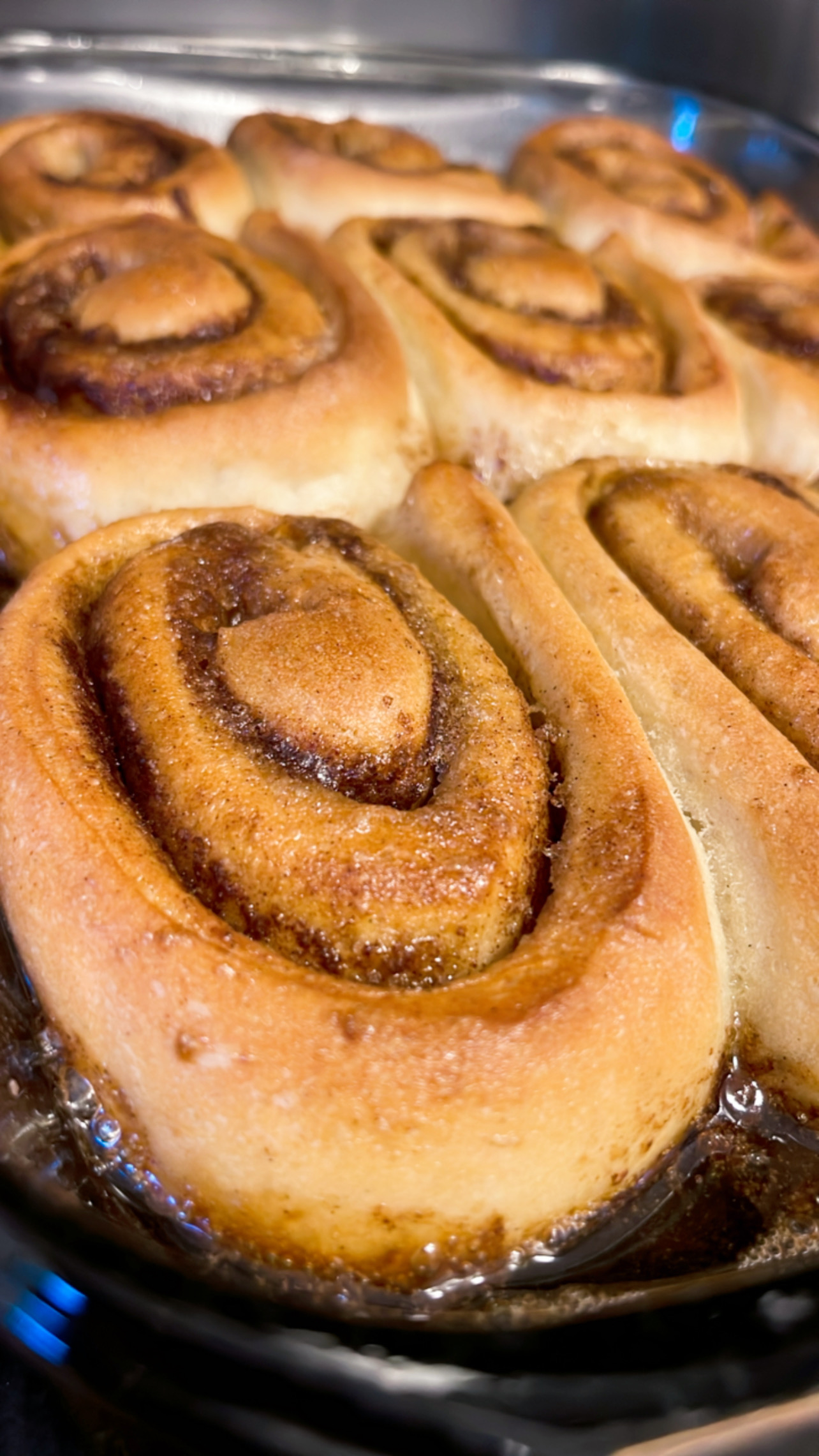 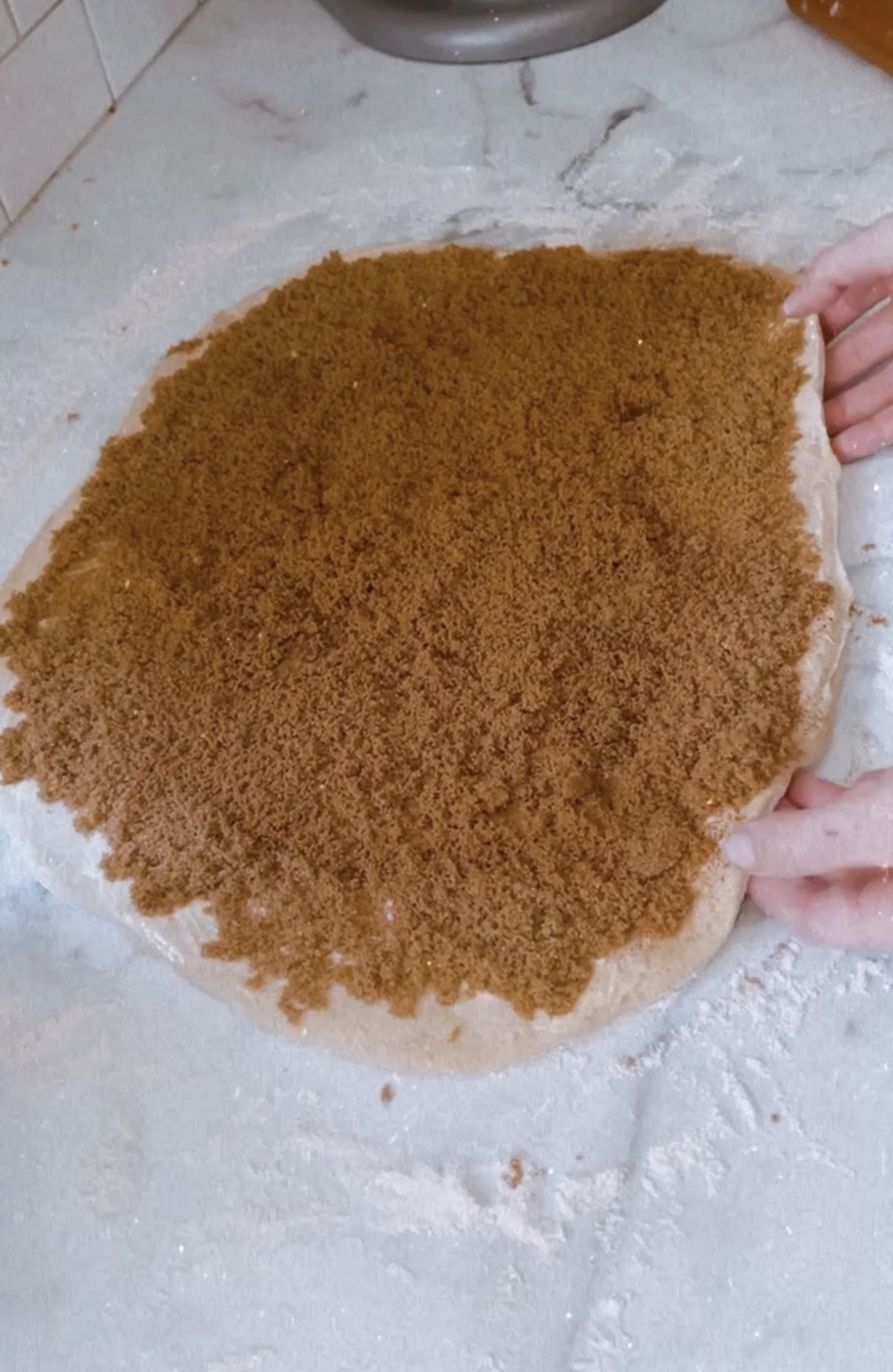 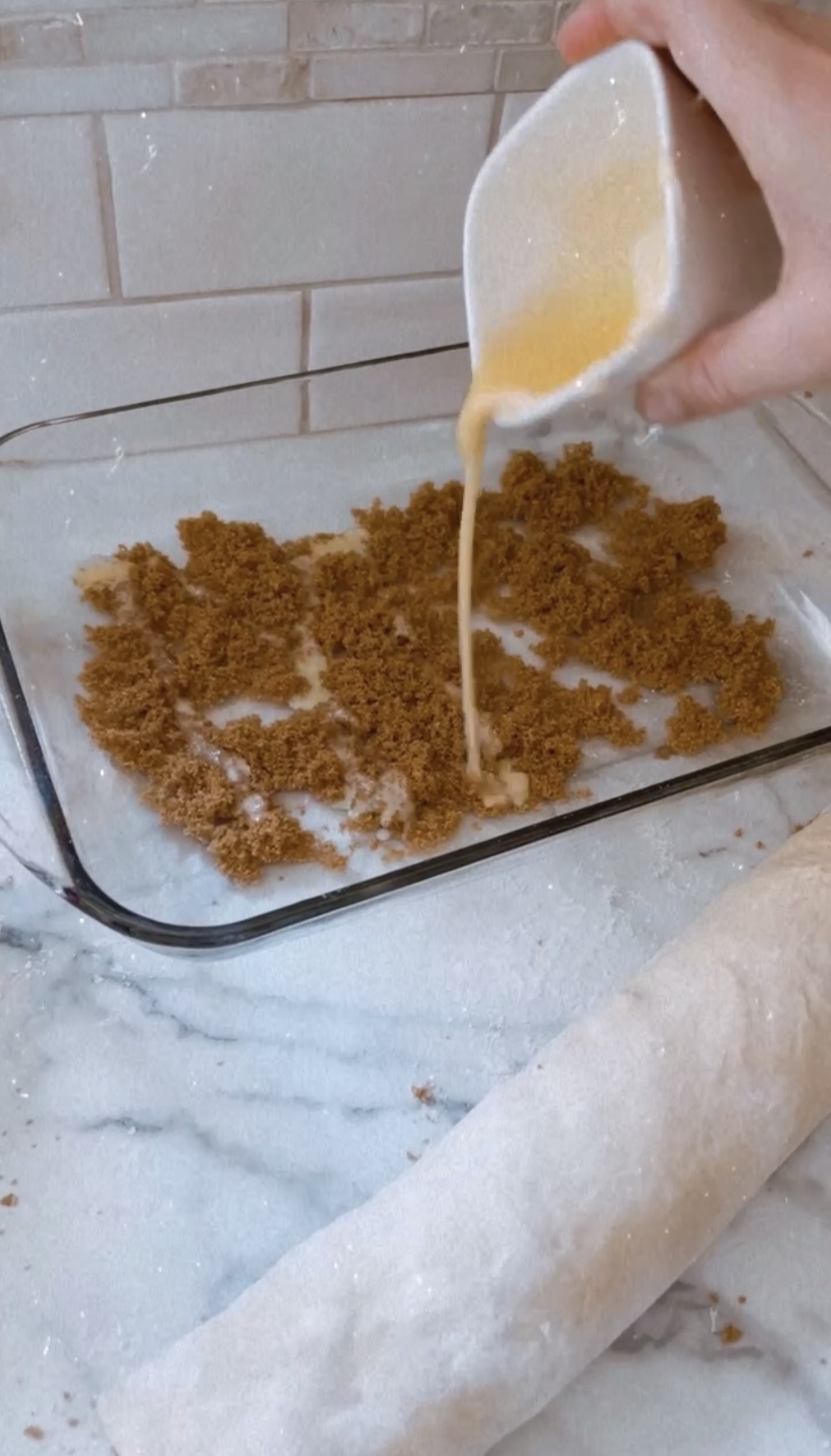 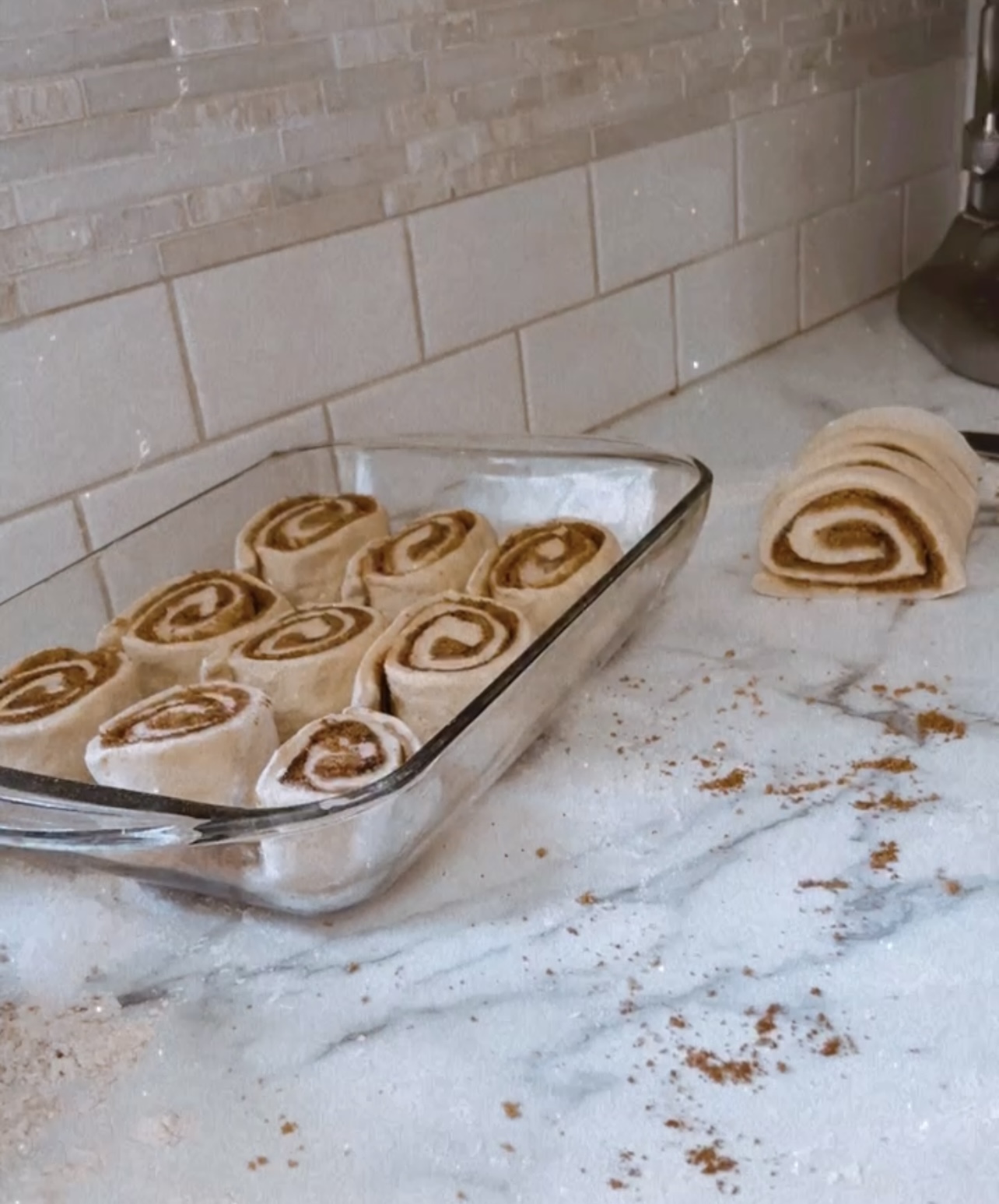 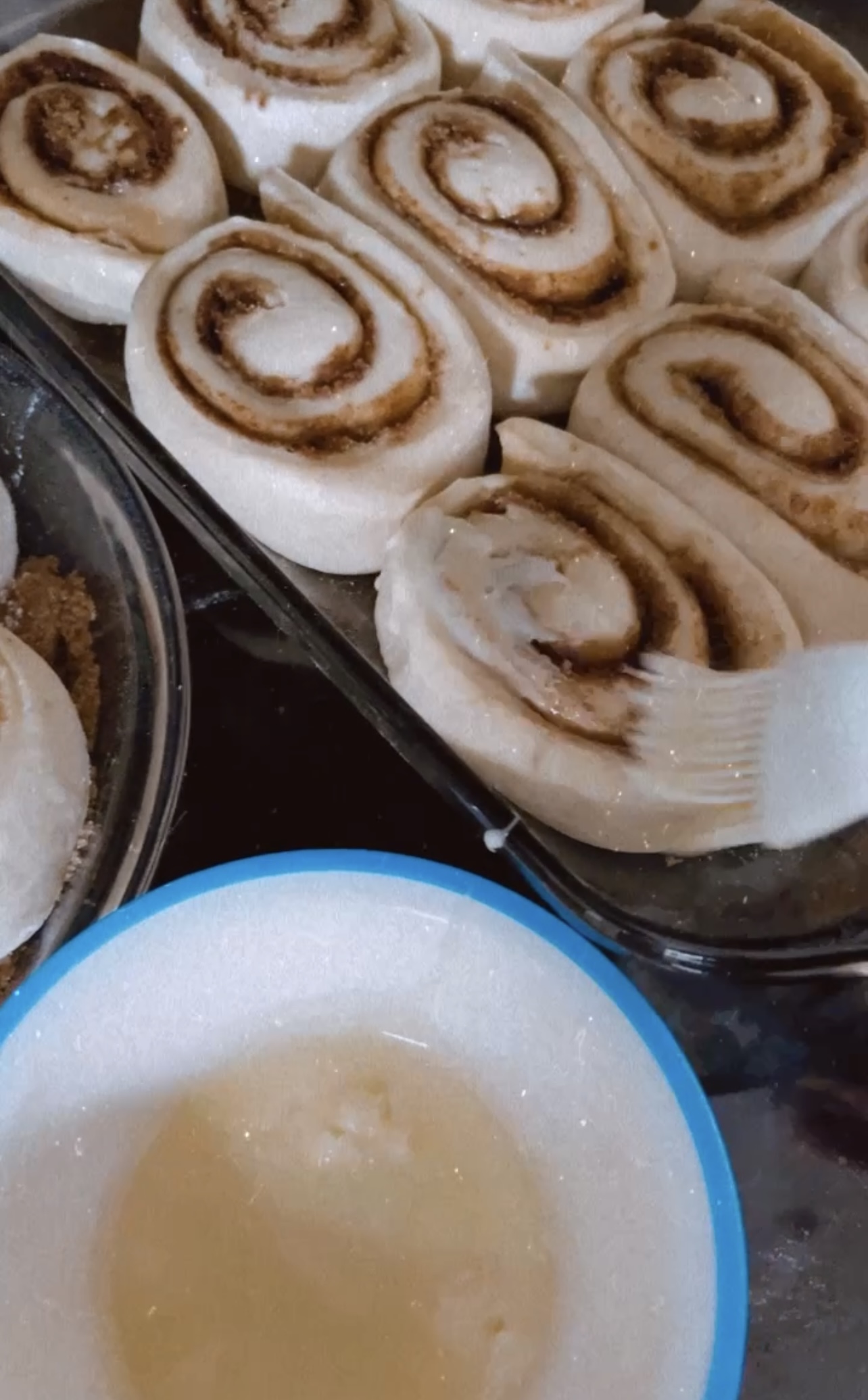 The good stuff (the middle)

Heat nondairy milk to luke warm (it needs to be luke warm so the yeast can be activated. Too cold and it won't activate, too warm it will kill it) add into mixer bowl along with granulated sugar, vanilla, just barely melted butter, vanilla and mix together.

Let the dough sit with a damp tea towel on top and place somewhere warm until the dough rises double (depending on how warm the area is, this should take anywhere from 30mins-1 hour). Once it's doubled you now get to take out all your anger and punch the dough down.

Lightly flour a clean surface and take punched down dough and roll to just under 1/2 thin.

Slather in your favourite nondairy butter and spread all over the dough. Sprinkle a very generous helping of Brown sugar coating the whole slab of dough and sprinkle with cinnamon.

Roll nice and tight and cut 1.5-2inch sections and place in dish. I like to take a little more brown sugar and melted butter and place on the dish before I add my cinnamon buns so they get a nice browning on the bottom.

Make sure to give your rolls room to again double in size and rise. if they are squished they will rise upwards in the oven. Once double in size brush melted butter on top and bake in the oven until the tops of the buns are all nicely light brown roughly 20mins.

These homemade cinnamon buns are yummy fluffy and oh so delicious! I hope you enjoy this recipe and can't wait to hear how you like them! Make sure to comment below if you have any questions or reviews.

Free shipping on order over $125

Sign up for exclusive offers, original stories, events and more.

Let customers speak for us

These cake drums are just perfect!

They sprinkles make look everything so cute.

Perfect for the unicorn theme cupcakes I did. Customer loved it too.

Chefmaster meringue powder is absolutely amazing! Beautiful to work with, I wouldn’t use anything else!

These worked perfectly for me especially on short notice.